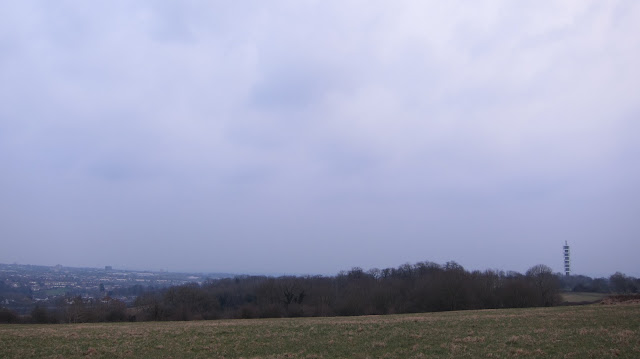 "...but you like the cold" is a phrase that I've heard all too often. People seem to thing I thrive in the winter. I really don't. I realise that I have pigeon-holed myself, not least with this blog, but, well, I don't like the cold. Yes, I've taken part in some very cold races, but it's not like you aim to get cold- that's when it gets dangerous. Getting cold certainly isn't the appeal. Like most people I struggle to motivate myself to get out the door when the temperature drops, especially when we have as many grey days as we've been subjected to recently.

It sounds silly but, the damp air in the UK often makes it feel colder than I ever experienced in Alaska. A good reminder of this was the ride I went on this weekend in the savage rolling Surrey Mountains Hills. 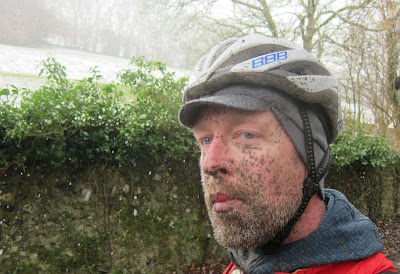 I made the trip over see old friend Phil "The Horse" Moore and his girlfriend Katie, who were celebrating their engagement. Saturday morning was bright, but cold. Just before our intended 11am start, Dan Treby questioned the wisdom of my choice to carry lights. By the time we had finished our coffees, the sky had clouded over enough to encourage him follow my lead and attach his Exposure lights to his bike. The plan was was a simple one, we'd ride the 15 miles to Westcott, meet some more friends, ride a loop on Leith Hill and then ride home in time for the party. Of course it was not how it panned out. The light faded and we were soon using lights on the road sections. The damp in the air slowly changed to drizzle, then onwards through sleet in to snow. The Mercury dropped and the wind rose. We pushed onwards but speeds, understandably were low. The first puncture had us standing about long enough to to start getting cold. The second was the final straw. We stood by the Olympic road race course as Phil kept warm inflating a fat bike tyre with a mini pump. It was dark at 2pm and we had only made it to Westcott. We were cold, wet, low on food and a mile from a pub. The decision was made. We stripped off our outer layers and stumbled in to the Wotton Hatch to warm ourselves by the fire. It was a good ride. 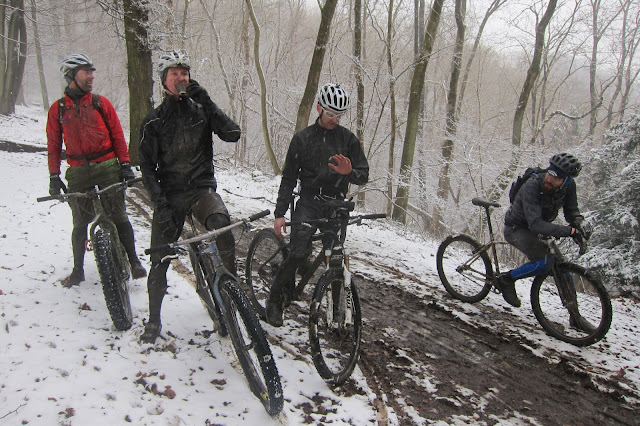